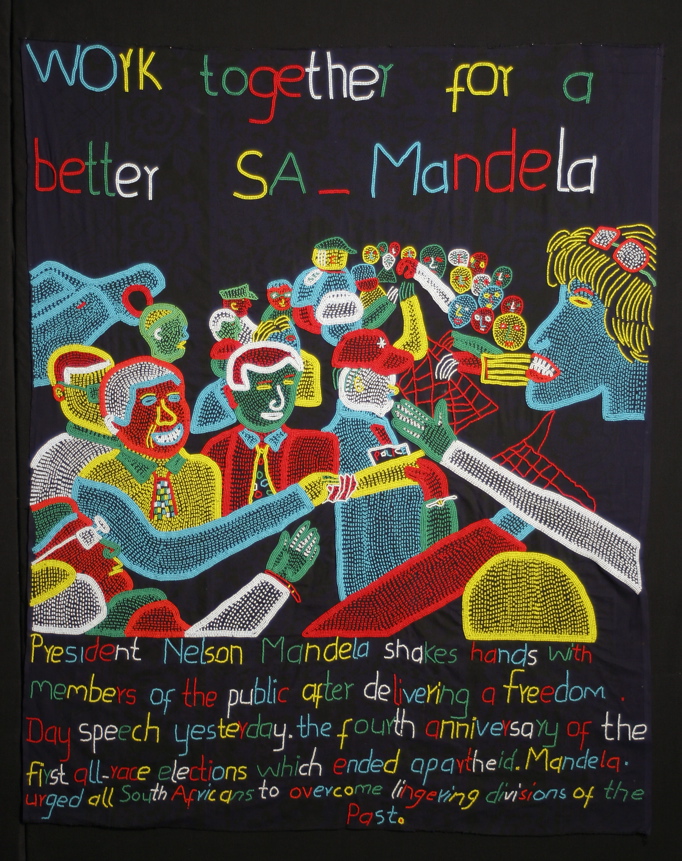 Click the image for a larger view. Depending on your browser setup, multiple clicks may be required to view the full-sized image.
Textile hanging - The Makhubele family has received widespread recognition for their textiles, including the 2002 FNB VITA Craft Now Award. The original designs are executed in traditional styles of surface decoration used in Shangaan culture. Many of his designs are of contemporary issues and often are political in nature. The inscriptions on this cloth read: "Work together for a better South Africa – Mandela,” and "President Nelson Mandela shakes hands with members of the public after delivering a Freedom Day speech yesterday, the fourth anniversary of the first all-race elections which ended apartheid. Mandela urged all South Africans to overcome lingering divisions of the Past."