Africans gathered on the Parade to protest removal to Ndabeni 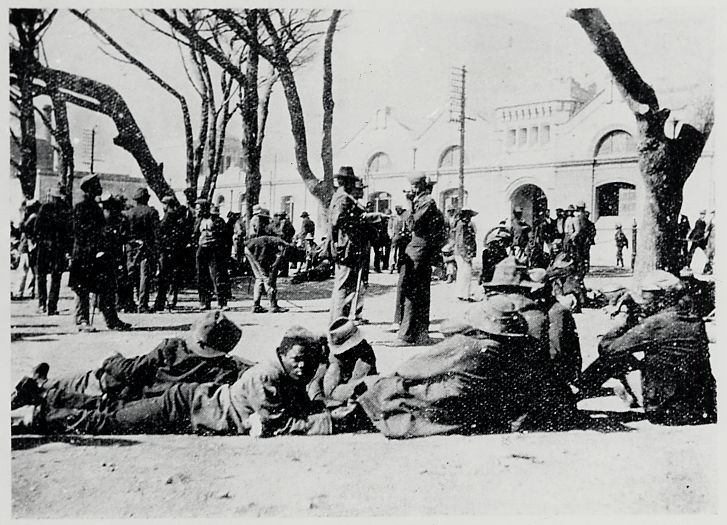 Click the image for a larger view. Depending on your browser setup, multiple clicks may be required to view the full-sized image.
Protest against the first forced removal of Africans in South Africa at the beginning of the 20th century from Cape Town near the docks to Uitvlugt, later called Ndabeni. The occasion for the removals was an outbreak of the plague. Ironically, in the 1920s and 1930s, residents of Ndabeni were once again forced to move, this time to the township of Langa.

Used with permission of the National Library of South Africa. Not to be reproduced without permission.
﻿