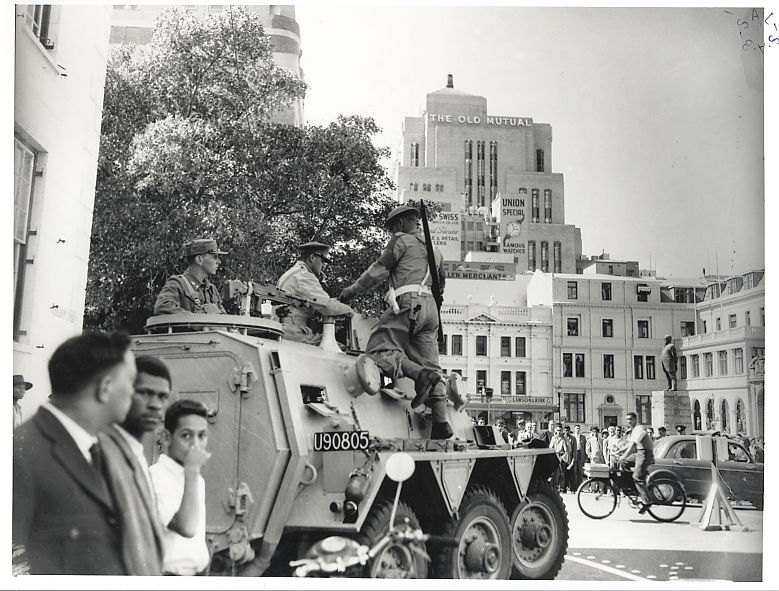 Click the image for a larger view. Depending on your browser setup, multiple clicks may be required to view the full-sized image.
Police watch protestors from an armored vehicle during a protest march against passes in front of Parliament. In the heated aftermath of the Sharpeville Massacre, Col. Terry Terblanche defied orders to disperse the crowd and, instead, negotiated with University of Western Cape student Philip Kgosana. They were able to prevent the demonstration of 30,000 people from becoming violent.

Used with permission of the National Library of South Africa. Not to be reproduced without permission.
﻿