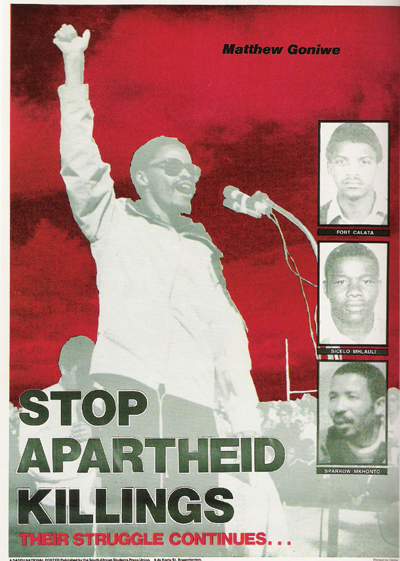 Click the image for a larger view. Depending on your browser setup, multiple clicks may be required to view the full-sized image.
Four men from the Eastern Cape were ambushed and brutally killed by unknown assailants on June 27, 1985. Matthew Goniwe, a teacher and organized in local civil organizations as well as the United Democratic Front, was among them. He and the others, Fort Calata, Sicelo Mhlawuli, Sparrow Mkhonto, became known as the “Cradock Four.” Investigation by the Truth and Reconciliation Commission later revealed that police in the Security Forces had killed them.