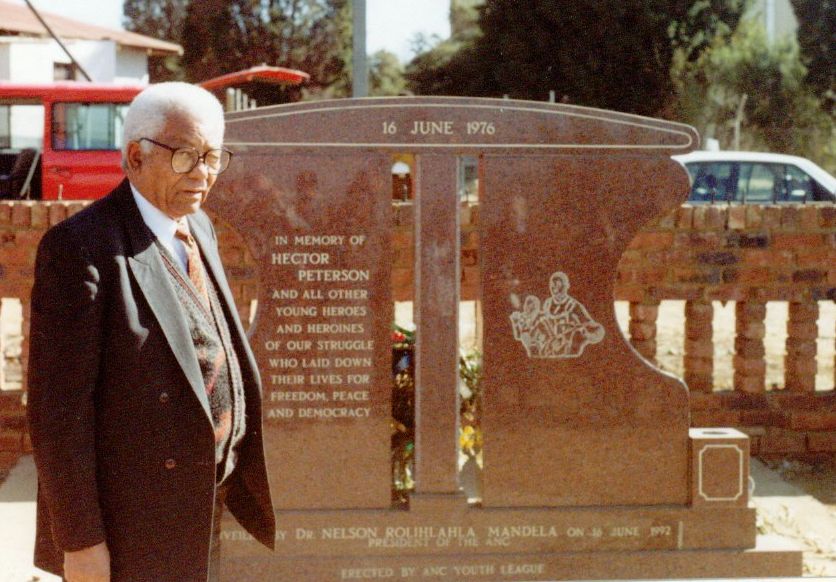 Click the image for a larger view. Depending on your browser setup, multiple clicks may be required to view the full-sized image.
Walter Sisulu, who was elected as Secretary-General of the African National Congress, acknowledged the importance of the organizing by young people during the mid-1970s while he and other liberation movement leaders were imprisoned on Robben Island. Here Sisulu stands at a memorial to Hector Peterson (also spelled Pieterson)"and all other young heroes and heroines of our struggle who laid down their lives for freedom, peace, and democracy."