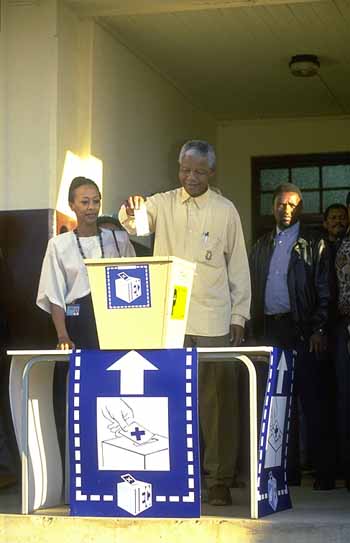 Click the image for a larger view. Depending on your browser setup, multiple clicks may be required to view the full-sized image.
Nelson Mandela cast his ballot in his country's first all-race elections, in April 1994 at Ohlange High School near Durban, South Africa. Next to him is Gay McDougall, an American human rights lawyer who served on the Independent Electoral Commission. Mandela was elected president, as leader of the African National Congress (ANC).

By UN Photo by C. Sattleberger