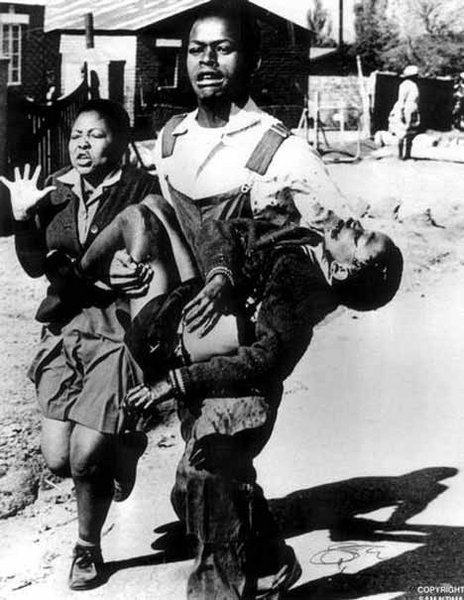 Click the image for a larger view. Depending on your browser setup, multiple clicks may be required to view the full-sized image.
Hector Pieterson (1964 – June 16, 1976) became the iconic image of the 1976 Soweto Uprising in apartheid South Africa when a news photograph by Sam Mzima of the dying Hector being carried by a fellow student, was published around the world. He was killed at the age of 12 when the police opened fire on protesting students.